Sass Style Guide: A Sass Tutorial on How to Write Better CSS Code

Writing consistent and readable CSS that will scale well is a challenging process. Especially when the style sheets are getting larger, more complex, and harder to maintain. One of the tools available to developers to write better CSS are preprocessors. A preprocessor is a program that takes one type of data and converts it to another type of data, and in our case CSS preprocessors are preprocessing languages which are compiled to CSS. There are many CSS preprocessors that front-end developers are recommending and using, but in this article we will focus on Sass. Let’s see what Sass has to offer, why it is a preferable choice over other CSS preprocessors, and how to start using it in the best way.

What Is Sass and Why Should You Use It?

For those of you who don’t know what is Sass, the best starting point is to visit the official Sass webpage. Sass is an acronym for Syntactically Awesome StyleSheets, and is an extension of CSS that adds power and elegance to the basic language. 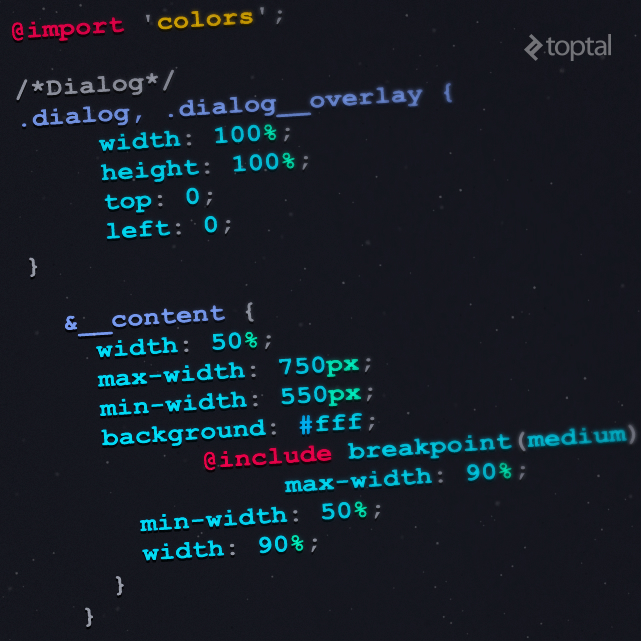 With Sass (Syntactically Awesome StyleSheets) your CSS code will be also awesome.

Sass is a CSS preprocessor with a lot of powerful features. The most notable features are variables, extends, and mixins.

Variables store information that can be reused later, like colors or other commonly used values. Extends help you create “classes” that allow inheritance for the rules. Mixins, you can think of like “function”. Sass also has some other amazing features in comparison with other preprocessors, like the use of logic statements (conditionals and loops), custom functions, integration with other libraries like Compas, and many more. These features alone can help you and your team to be more productive and to write better CSS in the end.

Why You Need a CSS Style Guide

Unfortunately, even preprocessors can’t fix everything and help you write good CSS code. The problem every developer is facing is that current web applications are becoming bigger and bigger. That’s why code needs to be scalable and readable, and needs to avoid spaghetti code and unused lines of it. To avoid mentioned problems, some sort of standard for your team in the daily work is needed. What is spaghetti code, and how does it it happen? Spaghetti code is a name for bad, slow, repetitive, and unreadable code. When a team writes big applications without defined guidelines or standards in place, each developer writes what he needs and how he wants. Also when developers are writing a lot of bug fixes, hotfixes, and patches, they tend to write code that will solve the problem but don’t have time to write the code in the best way. In these situations, it is very usual to end up with lots of lines of CSS that are not used in any sector of the application any more. Developers don’t have enough time to clean the code, and they are forced to publish the fix as quickly as possible. Another reocurring situation is that to fix broken things quickly, developers use a lot of !important, which results with very hacky code that is hard to maintain, it results with a lot unexpected behaviors, and needs to be refactored later. As mentioned already, as the code grows the situation becomes only worse.

The idea of this article is to share rules, tips, and best practices to write a better Sass. Grouping together those Sass tips and best practices can be used as a Sass style guide. This style guide should help developers to avoid situations mentioned above. Rules are grouped into logical segments for easier referencing, but in the end you should adopt and follow them all. Or at least, most of them.

The set of rules and best practices in this style guide are adopted based on experience working with a lot of teams. Some of them come from trial by error, and others are inspired by some popular approaches like BEM. For some rules there is no specific reason why and how they were set. Sometimes having the past experience as the only reason is enough. For example, to make sure that the code is readable it is important that all developers are writing the code in the same way, thus there is the rule to not include spaces between parentheses. We can argue if it is better to include the space between parenthesis or not. If you think that it looks better when there are spaces between parenthesis, adjust this style guide and rules by your preferences. In the end, the main goal of the style guide is to define rules, and to make the developing process more standard. 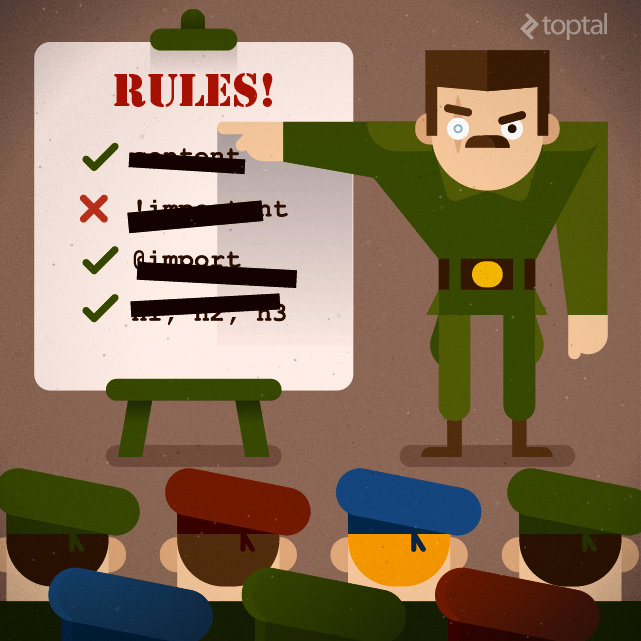 Main goal of the style guide is to define rules, and to make the developing process more standard.

General rules should always be followed. They are mostly focused on how Sass code should be formatted to bring consistency and readability of the code:

Next we are following with a set of rules to use when dealing with selectors: 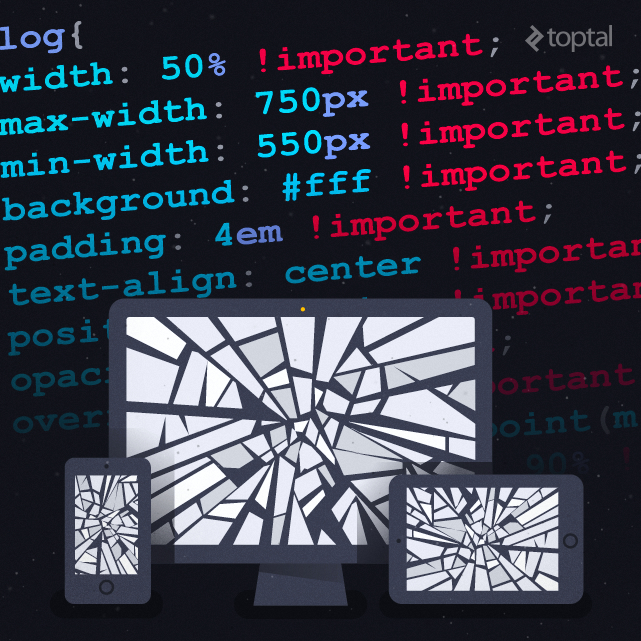 If you are using !important a lot in your CSS, you are doing it wrong.

Keep Your Sass Rules in Order

It is important to keep consistency in the code. One of the rules is that you need to keep the order of rules. This way other developers can read the code with much more understanding, and will spend less time finding their way around. Here is the proposed order:

Naming conventions part of the style book is based on the two existing BEM and SMACSS naming conventions that became popular amongst developers. BEM stands for Block, Element, Modifier. It was developed by the YANDEX team, and the idea behind BEM was to help developers understand the relationship between HTML and CSS in the project. SMACSS on the other hand stands for Scalable and Modular Architecture for CSS. It is a guide to structure CSS to allow maintainability.

Inspired by them, our naming conventions rules are as follows:

Use variables. Start with the more general and global variables like colors, and create a separate file for them _colors.scss. If you notice you are repeating some value over the style sheet multiple times, go and create a new variable for that value. Please DRY. You will be grateful when you want to change that value, and when you will need to change it in only one place.

Also, use a hyphen to name your variables:

To create named media queries, create your mixin like this:

You can read more about naming media queries in the following articles: Naming Media Queries and Write Better Media Queries with Sass.

In the end, here are some other considerations that you should also keep in mind and follow:

The idea behind this style guide is to give you some advice on how to improve the way you are writing your Sass code. Please keep in mind that even if you are not using Sass, the provided tips and rules in this style guide are also applicable and recommended to follow if you use Vanilla CSS or another preprocessor. Again, if you don’t agree with any of the rules, change the rule to fit your way of thinking. In the end, it is up to you and your team to either adapt this style guide, use some other style guide, or create a completely new one. Just define the guide, and start writing an awesome code.

Matías is an experienced software engineer with more than 7 years of work as a front-end developer with several companies all around the globe on a variety of challenging projects. Currently, he works as mainly as a JavaScript developer and project manager.